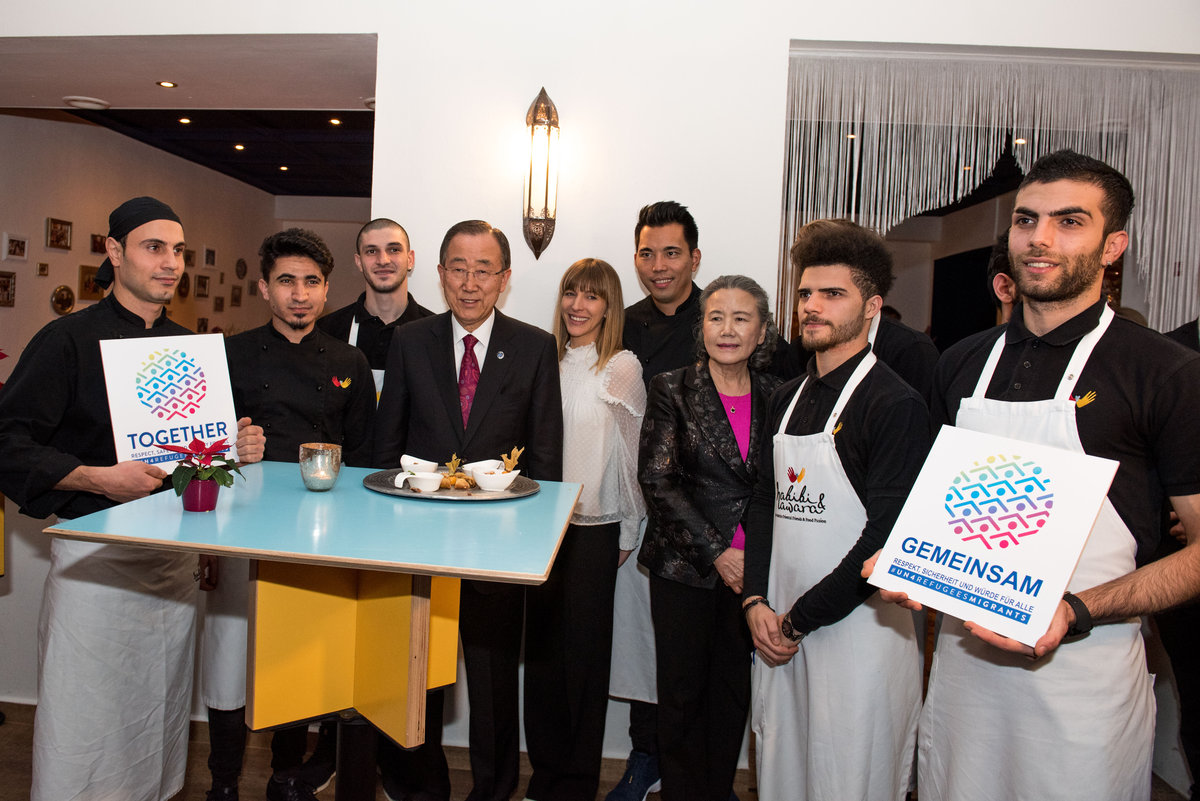 UN Secretary-General Ban Ki-moon has visited a restaurant in Vienna where refugees and locals are working together to serve Austrian-Arab fusion cuisine.

The year-old Habibi & Hawara restaurant is run by a team of refugees and Austrians and aims to help refugees become independent entrepreneurs. The Secetary-General met with the team and used the opportunity to talk about TOGETHER - the UN system-wide initiative to counter xenophobia and promote inclusion of refugees and migrants.

“When refugees are coming, they are not coming with problems, they are coming with a different culture, different religion, different skills and different potential, so they can be a good mix with the local community. Regardless of what kind of belief and traditions, what languages you may have, you must be treated as an equal partner, an equal human being.”

Mr. Ban asked that not only Austrians but all Europeans support the ‘TOGETHER’ initiative.

“We are together. We are the same brothers and sisters. We are the same people, men and women. There is no difference at all.” he said, noting that the UN is working on adopting Global Compacts on refugees and on safe and orderly migration by 2018.

With millions of people on the move due to conflict, disasters and other crises, the UN Secretary-General launched the TOGETHER initiative at the UN Summit for Refugees and Migrants on 19 September. Mr. Ban has been urging world leaders, particularly in Europe, not to erect walls, but build a bridge between people and between countries because those on the move have no other choice but to flee to save their lives. He stressed that it is unacceptable for leaders and communities to show discriminatory and xenophobic attitudes and make politically unacceptable remarks.