Together In Sweden for UN Day

Together In Sweden for UN Day 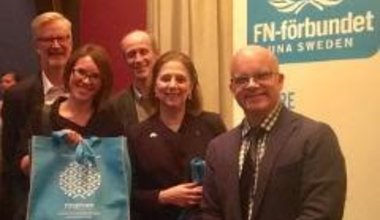 Ahead of UN Day, under the umbrella of the Together campaign for refugees and migrants, UNRIC launched UN Cinema in the Swedish capital Stockholm for a full house with the screening of the ground-breaking documentary “To End A War”, together with the Swedish UN Association.

The venue was the renowned cinema Zita – the oldest cinema in Stockholm, famous for its classic interior and “old school” style. The screening was followed by a lively debate between experts and the audience,  and the panelists got to answer questions about displacement, conflict prevention, reconciliation as well as gender aspects and the Together campaign. In these times so marked by conflict, the film was an “inspiring example of the fact that conflicts can be overcome and ended, and those driven from their home can return”, as one spectator stated. The Colombian conflict resulted in nothing less than 7 million displaced and over 200.000 dead. 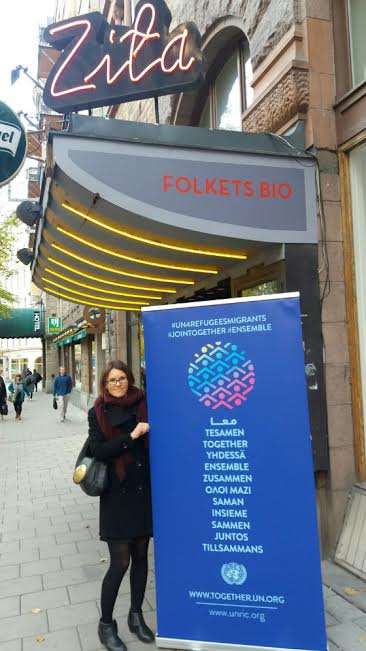